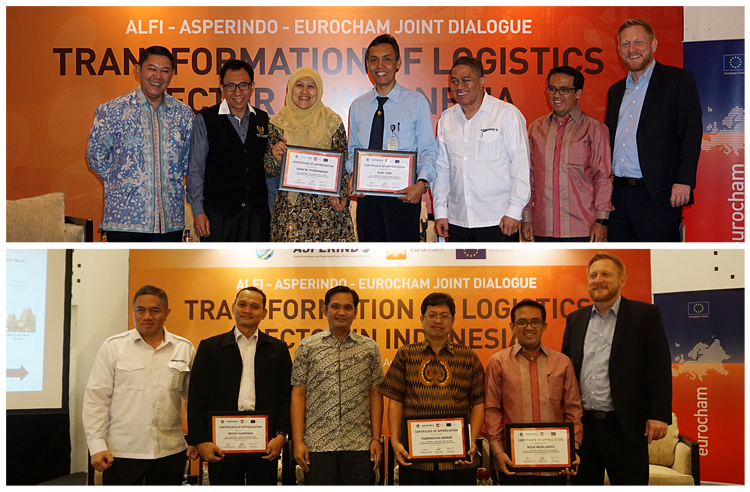 EuroCham is delighted to co-host a joint dialogue on Transformation of Logistics Sector in Indonesia with the Indonesian Logistics & Forwarders Association (ALFI), and the Indonesian Association of Courier, Postal, and Logistics Companies (ASPERINDO) on Wednesday, 30 August 2017. The dialogue which was divided into two panel sessions and focused on the impact of the 15th economic policy packages on business, and the enhancement of Indonesia’s connectivity as well as plan for further development.

During the regular meeting on 24 August 2017, the Agriculture, Food and Beverages Working Group highlighted the new regulation from Minister of Agriculture on Supply and Distribution of Milk. The regulation obliges milk processing industries to establish partnership with local farmer by absorbing the local milk for their production. Some of EuroCham members had done such partnership, but some problems are still in place including the low volume, lack of quality and many other issues.

These obstacles forced industry to import milk, despite the lack of provisions of importing the products. As the regulation will be implemented immediately, uncertainty arises among companies, on whether or not they are still able to import. EuroCham will request for courtesy meeting to Ministry of Agriculture to seek clarification from them. International chambers will also be engaged to gain more support on this issue.