The Pharmaceuticals and Medical Devices Working Group met on Thursday, 8 December 2017 as the last meeting for this year. During the meeting, the working group discussed some policy updates and also shared on recurrent issues delivered by Head and Deputy Head for Medical Devices of the Working Group. 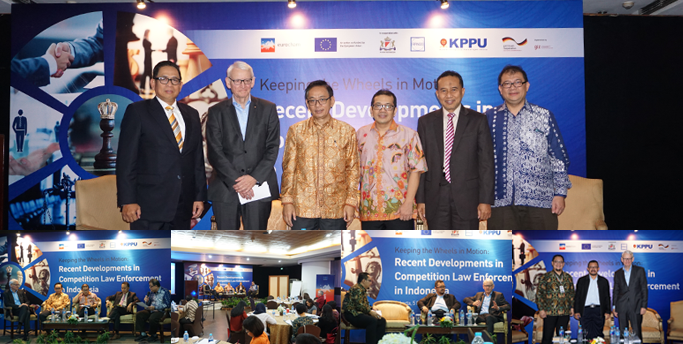 To elaborate the recent development on competition law framework, EuroCham Indonesia recently organized a seminar on 5 December 2017. This event was a result of cooperation with the Commission for the Supervision of Business Competition (KPPU), KADIN, APINDO, and GIZ. Titled "Recent Developments in Competition Law Enforcement in Indonesia", the event was opened by Mr. Raffaele Quarto (Head of Economic and Trade Section of EU Delegation in Jakarta), and Mr. Juan Permata Adoe (KADIN Deputy Chairman).